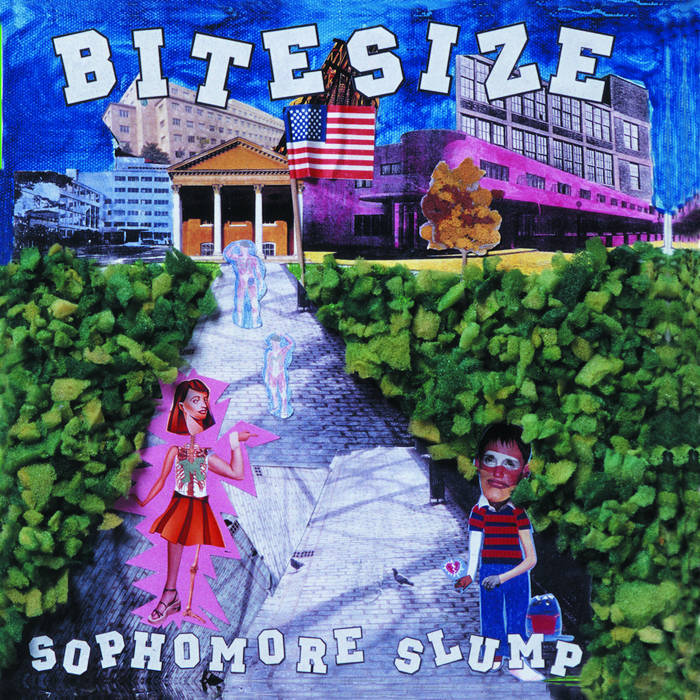 SamOfDallas Bitesize is better than Green Day, full stop. The songs are inspired, the lyrics are funny and the riffs are memorable. Their sound is unique, with Julia's and Leslie's voices often alternating. I saw them live at the Hemlock in San Francisco back in the day and they rocked my ass off! Buy this CD. NOW.

Sophomore Slump originally came out in 2001. It was Bitesize's second CD. The title continued a long-standing band joke: If one's first album was their "best" (i.e., "The Best of Bitesize"), then surely their second record could not possibly live up to those expectations. Read reviews here: www.bitesize.net/songs.html#sophomoreslump

"Sophomore Slump" was recorded, mixed and mastered by
John Croslin at Tiny Telephone during a few days
in December 2000 and March 2001
artwork by Dani Eurynome
released by Packing Heat! Records

Bandcamp Daily  your guide to the world of Bandcamp

Featured sounds from Fly Lo and Ahmed Idris, plus Mother Nature hops on to drop off new project